Jesus is the only man I need 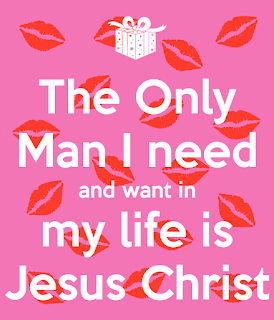 If there is one thing I have learned, it's that there is only one man in this world who is truly capable of loving you "forever and a day", and He was tortured to set me free over two thousand years ago. He defeated hell and the grave in order to give me life with Him "forever and a day."

If any man ever tells you they love you that much, don't believe them. The truth is that there isn't a man alive who has ever gone through that for you, or ever could.

There is only one man who has ever lived that has never given up on me, and loves me no matter how many times I fail him.

I don't think I could be happy with anyone else after getting to know him.

As Pastor Matthew sings sometimes, "If there never comes another blessing my way then I still have to say I am blessed."

Email ThisBlogThis!Share to TwitterShare to FacebookShare to Pinterest
Labels: single

It's time for me to call it a night. But, before I do, I'd like to weigh in on the Trump win.

I'm not a fan of Mr. Trump, and though I have acknowledged that he is the lesser of the two evils available, I still didn't vote for either one.
However, that does not mean that I will kick and scream because I did not get my way.

We had an election. A contest. A vote. Trump won.

The Bible says
Romans 13:1
“Let every soul be subject unto the higher powers. For there is no power but of God: the powers that be are ordained of God.”

What this means is that Trump is now our President because GOD willed it. And, if God willed it, then we should respect it. Like it or not.

There are times when I cannot stand by someone who has wronged me without wanting to bash his or her face in for the pain they have caused me. However, I grit my teeth, I smile, I am kind to them. Not because I want to be, but because GOD wants me to be. (Luke 6:27)

Therefore, I am going to give Mr. Trump the utmost respect now that he is President Donald Trump. He is the President of the Greatest Country on God's Green Earth, and that is worthy of all of my respect.

This does not mean that I should sit back and remain quiet when the Donald makes bad decisions as President. As American Citizens who are Kings and Priests unto our God, it is our duty to hold our leaders accountable. (Revelation 5:10)

My pastor made it a point tonight to remind us that if we don't talk to our God in prayer, then we can't gripe when He doesn't come when we need Him. He can't listen if we don't speak.

Today, many see Trump as an answer to prayer. All I have to say at this point is be careful what you ask for. You might just get it. God IS a God who answers prayer.

Good night, World. May peace be with you. May your joy not be fleeting. And, may America REALLY be great again!

Something about Chickens Roosting... 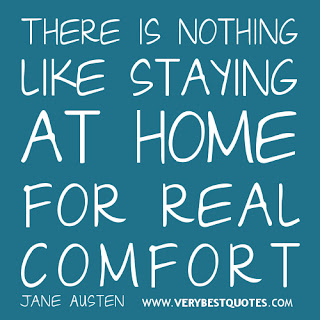 When I first got out of the homeless shelter, this apartment complex is where I came to live. It was close to the shelter, to the friendship center, and to the library.. Everything I needed was within reach, and plenty of opportunity to serve Jesus here.

At almost two years, I decided I was lonely and needed to find a man. The men who came into my life cheated on me, lied to me, called me names, abused me.

I ended up,.,,well, if you've been reading my posts you know the rest.

Today, I am back where I started. This apartment is so cozy. It feels so much more like home than it did at Redwood. Even many of the same people are still here, and some from Redwood who moved here.

I have my cable internet hooked up now. I am washing my fourth load of clothes. Today, my landlord is giving me a bed from another tenant who moved and left theirs behind...with the stipulation I buy a bed cover for it. I can have the bed. It's mine.

I cooked my first hot meal on the NEW stove that is in here. It is BIG...enough to cook a turkey in, but today I'm eating Liver and Onions smothered in Brown Gravy and Okra and Tomatoes on the side with a couple of slices of wheat bread. YUMMM.

Did everyone vote yesterday?

When the cable guy said, "There ya go!" I said, "OH KEWL! Now I get to hear people gripe about Trump!" He busted out laughing.

We have a new president. The People have spoken. Let's pray we are headed in a new direction.

I will be watching. And, Mr. Trump, Congratulations. Don't disappoint us.
I am reading post after post of people who are cheering for Trump's victory. The reasons for this:

1. All those who said they would move won't be here tomorrow. The country is cleaning itself up.

2. They feel the people have a voice again.

3. They think that things will change now.

4. The pursuit of Happiness seems obtainable.

5. We may have a fighting chance against ISIS now.

But, having lived 48 years upon this earth, and having experienced every presidency since Richard Nixon let me tell you what is really happening:

1. All those who said they would move will not move.

2. The people will figure out that their voice doesn't mean anything, as usual when the dust settles.

3. The people will experience more of the same from a different regime. The only difference being that the top is on our side...just powerless.

4. The pursuit of Happiness has always been just that, the PURSUIT...and no one can stop that.

5. Trump has been hesitant to side with Israel in the fight against ISIS.. God will curse any nation that does not stand with her. That is in the Bible. God doesn't like luke warm Christians, and He doesn't like people who straddle the line.

I like the way my cousin in law, Johnny Mcfall put it: "I do value other people's opinions, does not mean I'm going to change mine though." I feel the same way.

This doesn't make me intolerant. If I asked you to remove yourself as my friend because you support Hillary or Trump, THEN I am being intolerant.

I've seen a lot of those lately. Wow.

America was built on diversity of opinions and the ability to thrive in spite of them TOGETHER.

You want America to be great again? Then learn to accept that others have an opinion that is different from your own. You are allowed to state your opinion and WHY you feel that way, but you are not allowed to call me a
Posted by Shonda Ponder at 9:22:00 PM No comments: 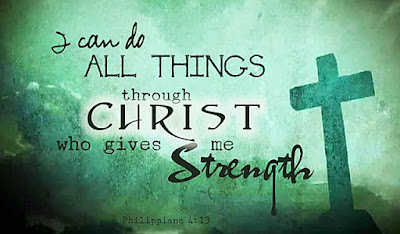 I have been referred to consistently lately as being "strong". I was described as being "the strongest person I know". I was recognized as growing continually stronger.

The truth is, I am very weak. I know my weaknesses and limitations. I also know that most of what I have achieved in my lifetime has been way beyond my own limitations.

God is my strength. He is my exceeding great reward.


Memories of a lived life:

I had gone to pick up my son from his dads. We had just crossed the Bowie County line on 59 and I was changing lanes. I turned my blinker on, changed lanes...then forgot to turn my blinker off. Finally, my 16 year old son said, "Uhm...mom...blinker..." so I turned it off, and just said, "Yep. Wouldn't want to run out of blinker fluid so close to home." He said, "No, we wouldn't." Neither of us cracked a smile. A few minutes later he was frowning and staring at me. I said, "What is it, Justin?" He said, "You don't actually believe that do you?" I said, "No, I was just wondering if you did..." Then we both cracked up.
Posted by Shonda Ponder at 3:30:00 PM No comments: