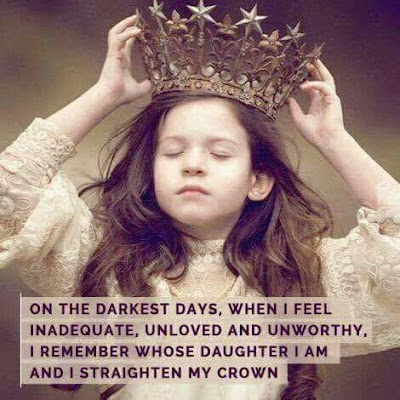 The devil thought he had me. But God...

Romans 8:37
“Nay, in all these things we are more than conquerors through him that loved us.”

My hope is secure...

The only person who can make you happy is you. If someone is getting in the way of you being happy, then it's YOUR fault for allowing it.

Sometimes you have to just let go. Nip it in the bud. And then, don't look back. If you are going to look back then you are keeping yourself open for more.

One step at a time. Baby steps.

See yourself for who are what you are: A survivor. A child of God. An overcomer.

And, then, prepare for the worse and hope for the best.

My boss asked me yesterday why I haven't considered buying a new (NEW) car. I told her that I like my security. I don't want to make payments. If I owe a bill, then I am in debt. If I am in debt, then I am an oppressed slave to my lusts. I'll buy something that gets me where I need to go and I can pay it outright and it will pay for itself before it doesn't run anymore.

Right now, I have situated myself so that if I lose my job today, I can get a minimum wage job if I have to and be able to pay my bills. Actually, I can work min wage part time and be able to make it without worrying.

And, I have three months rent saved up. Two months of rent WITH bills.

I have come to know myself rather well, and I have come to be able to give more of myself as I am able to anyone in need without being impeded or have to ask permission.

There IS freedom in making wise choices.

Proverbs 9:10
“The fear of the LORD is the beginning of wisdom: and the knowledge of the holy is understanding.”

Try getting it out. Just Try.

Someone on my friend's list said:
"Donald Trump is the only non-Establishment Republican who ran - and won. He is God's man, for God's plan, at this time. A vote for a third party candidate, or a write-in vote for Cruz or anyone else, or not voting, is support for Hillary."

This is my response:
If Donald Trump IS indeed God's man, and if it IS God's plan that Donald Trump be president, then my vote won't matter. When God has a plan, it's GOING to happen. l, however, am STILL not voting for evil, even if he IS the lesser of the two. I do not presume to know the mind of God. I only know what He has said in His Word. And, His Word says that one needs to ask for forgiveness before they are accepted into the Kingdom. Donald does not think he needs to because he doesn't believe he has ever sinned. That's enough reason right there for me not to vote for him.

Tie into that the fact he doesn't respect women and he's all about "making deals" rather than following the Constitution, and that is all the reason I need NOT to vote for him.

No, his opponent isn't any better. In fact, she is worse. However, I won't vote to enable one sin over the other.

And before you beg me to give Trump a chance because, after all, all of the Bible is full of imperfect heroes: we had no choice in electing Abraham, Gideon, or any of the other Biblical personalities that have been the focus of our learning as Christians. God APPOINTED them. No man can get in the way of what GOD wants. So, Trump is not on my conscience if he doesn't win because I didn't vote for him.

And for those "Christians" who want to sling mud at me and call me "self righteous" in a derogatory manner just because I choose not to vote for their candidate, I have one question: When Jesus comes back, what excuse are you going to have for supporting evil and slamming those who choose to "wear their religion on their sleeves"? I would suggest looking at what YOU are turning into.