Every Day is an Avon Day 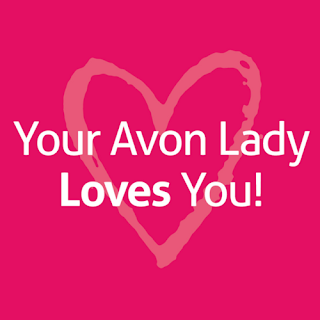 Me: Hi! I'm Shonda Ponder I'm an Avon Independent Sales Representative. I'm just stopping by to see if you are interested in some Avon today. (I have my bucket in tow, filled with products and books. I am carrying my clipboard that has flyers and order book and pen)

Me: I totally understand that! But just so you know you don't have to pay for it until it gets here and when it gets here we will set up a delivery and time that is good for you!

Customer: I'm not sure that's a good idea.

Me: That is totally okay! Let me leave you with this mini brochure. On the back of it you will find my phone number (show them) so if there's anything you want you can call me! Also, there is a website address. If you use that link the book is always updated online and all the products are at the current sales price. Do you have a computer or a phone?

Me: then you should have no problem accessing the site on your own time! If you use the website you can have the product delivered directly to you from Avon or you can choose to have me bring it to you either way, I am still your Avon lady! So if you have any questions or if there is anything they are out of I may have some on hand and I am willing to help you!

This is the reaction I get most of the time. But then there are those who say,

"I love Avon! But I really don't have the time right now to look through the brochure. Hey! What's in your bucket?"

And then I have those:

"I can't use Avon. But my mother loves it can I have a book anyway?"

I always tell them, "sure! But just so you know, Avon sells more than make-up and fragrance!"

And then you got that one in 10 customer that says, "you have AVON? I haven't seen Avon in years! Sit down let me look at this!"

It is a sure bet that one in 10 customers is going to buy, whether online or in person or by phone. By the end of the campaign I find myself excited to look at how many online sales I have. As well as counting the orders in my order book.

But, EVERY DAY IS AN AVON DAY!

No matter where you live, I can service you online. I am always a phone call away! (My number is on the web site!)

Email ThisBlogThis!Share to TwitterShare to FacebookShare to Pinterest
Labels: Avon

Some would say that I'm not qualified to say anything about divorce being "not okay", since I have been divorced twice. However, I believe that God is faithful and just to cleanse me from all unrighteousness and when I became a Christian and rededicated my life 6 years ago I became a totally new creature.

What is in the past is in the past and I can't change what was done, but if I had it to do all over again I never would have gotten married in the first place because I obviously wasn't ready. For either one of them.

Having said all that, the breaking up and moving on is definitely okay, so long as the platonics in the relationship are adhered by, but divorce is not.

Jesus himself said, that men were given permission to divorce due to the hardness of their hearts. That God does not approve of divorce, and would rather you be like him and be graceful and forgiving.

If you are in an abusive relationship, it is okay to separate but it is not okay to divorce. God said you shouldn't divorce. He never said you had to live with your husband or wife under such circumstances.

As I said before, breaking up and moving on before the marriage is acceptable. if you know it's not going to work there's no sense in forcing the issue, and then committing a sin with your mistake.

So my advice is, get to know the guy first. Get to know him real well. Put him to the test often. And then when you get married you can give him all you got knowing what kind of person he is.

My advice is, don't sign a contract with someone you know is going to lead you further away from God rather than to him. If he isn't everything God says a man should be in the Bible before you get married, it's a pretty good indication that he's going to be even worse after you get married.

And even if he isn't, you will never be truthfully in your heart Happy.

Just my two cents worth.

Email ThisBlogThis!Share to TwitterShare to FacebookShare to Pinterest
Labels: Divorce

I look back on the internet and compare today to the year 2000. I have wondered, lately, about why the conservatives are so silent today compared to back then.

Now I realize that they aren't silent.

Email ThisBlogThis!Share to TwitterShare to FacebookShare to Pinterest
Labels: censorship

The only way anyone, in any situation can become "unbroken" is to accept a hand up. Everyone wants to say "I did it myself" but that isn't possible. NO ONE can do ANYTHING by him or herself. Until someone is willing to realize that, they will continue to wallow in their brokenness.

Success is the same way. No one becomes successful without climbing the ladder by reaching up and grabbing the heals of someone above them. They accept offers, take advantage of opportunities, become the greatest of opportunists.

Opportunity only works if you recognize it well enough to grab hold of it.

Not all opportunities wield great results, but all of them wield great experience coupled with a chance to grow.

Determination to survive is what it takes to succeed.

Some are just determined to keep what they already have without risking failure, therefore becoming successful at staying right where they are.

If there has ever been a sign that the world is ready for Jesus to return, it is Facebook. Just sitting here each morning and spending fifteen or twenty minutes a day scrolling through looking at all of the posts, one can see the labor pangs that the Bible talks about.

Left vs. Right
White vs. black
Christian vs. atheist
Rich vs. Poor
Successes vs. Failures
Happy vs. Sad
Family Member vs. Family Member

So much anger, bitterness, rejection.

And each day, the number of prayer requests seem to grow.

I am a people watcher. I always have been. It's always seemed safer to sit near the door and watching the crowd as they change each moment. Facebook is no different, saving only that I can do it from the comfort of my home.

The more I see now, the more I pray, "Come, Lord Jesus, and soon.", only to hear that small still voice say back,

"Just a little more time. So many aren't ready, but I promise, soon enough."

Email ThisBlogThis!Share to TwitterShare to FacebookShare to Pinterest
Labels: prophecy

My two chihuahas are father and son. Milo is two years older than Otis. Otis and Milo are nothing alike.

Milo is laid back and loves everyone. Otis, who is also very loving, is also very territorial and jealous. Though they love to play with each other, they also value their "alone time" away from each other.

In order to train them not to go potty in the house, I give them a treat every time they go outside. If one needs to go outside, I make the other go, too; that is, until Milo rebelled one day.

He wanted to go outside, so I said, "C'mon, Otis. Time to go outside." Otis was excited (and loud, barking at my housemate, Fred, in his high-pitched bark, telling Fred that "Momma is letting me go outside!") Milo immediately back-tracked to the couch, jumped up there and sat down. He refused to move.

Milo had gone through all the trouble of getting my attention, and now he had to share with Otis, again. NOT happening. If Otis was going out, he wasn't.

Well, after that, Otis decided that if Milo was going, at times, he wasn't going. As a matter of fact Otis got so used to not going that I finally told him, "If you don't go outside, you don't get a treat."

Twice, today, Milo has gone outside. When he came back in, both dogs came to the treat bowl. I gave Milo his, then told Otis, "No. You don't get one. You didn't go outside."

Finally, Otis decided he wanted to go out, too. Both dogs went out. When they returned, I gave Milo his, then praised Otis as I gave him his.

It has been three hours since they last went outside. Otis has taken his treat and laid it in front of him and growled at anyone (including Milo and Ginger, the cat) who comes near it. I keep telling him he wouldn't have to worry about anyone getting it if he'd eat it. His treat is precious to him right now. He had to work to get it.

He hasn't figured out how to have his cake and eat it too.

I suspect I'll have to take it from him in the morning to force him to go back outside so he can get another treat when he comes in and realize it ain't that precious.

Email ThisBlogThis!Share to TwitterShare to FacebookShare to Pinterest
Labels: chihuaha

Today I will Meet Someone New

Today, I will meet someone new. I will introduce myself as a friend they haven't met yet. I will show love, even though love has yet to be shown to me.

I will shake the hand of someone new. I will welcome him or her into my life. I will offer him or her assistance somehow, for to serve is godly.

Today, I will hug someone who is in need. I will show them what I have to offer. I will give as God has given me, my heart, if nothing else.

Today, I will meet someone new. There are billions of people in the world, and only a small amount of them will I ever meet in my lifetime. If my life is to count, then I must make it count for the better. I must show love.

Today, I look forward to meeting someone new.