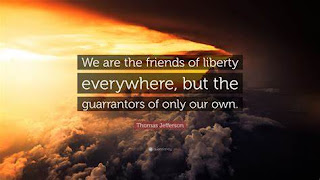 CNN is planning to do a special report tonight about Alex Jones.

One of the reasons I have a distaste for Alex is because he tends to exaggerate whatever situation he is covering. By doing so, he is likely to endanger all of those involved.

For instance, I sent out the patriot reporters to investigate when the Houston Chronicle came out with a story about a stand off with John Joe Gay. Part of our job was to verify mainstream stories to make sure we weren't being lied to, when such stories surfaced.

When reporters got there, they spoke with Gray and saw no signs of a stand off. They were told that they had received an eviction notice and he was refusing to leave - over taxes.

Alex, with all his people, went and stood in the tree lines and started reporting a shootout that was not occurring. He could have brought the BATF, FBI, police and others to the scene with his urgent, exaggerated story. It was NOT truth in reporting. He may as well have been working with the Houston Chronicle.

That was the last straw with Alex. I refused to work with him after that. Not only did he kill the truth with what he did, he made the Patriot Media look bad.

I burned out shortly after that, because not only was I fighting those who were loyal to the main stream media, I was also fighting against the "Alex crowd", many of which were supposedly patriots on our side who chose to believe a lie and isolate those of us who were really out to get the truth.

Alex was getting all the money, while we were left with nothing to work with. Our cause was doomed.

If you are interested in seeing more about what I am up to on a daily basis, my website is where you will find it.

I will still be making good use of this blog, so don't go away!

For instance, today a friend posted something on Facebook about Baby Jessica. Remember Baby Jessica? It happened on October 14, 1987. Check out her Biography! Click Here. She turned out alright! Apparently, there is a boy in Morocco who has suffered the same fate.

It was interesting to me, so I just told you about it.