I think a gun that can shoot one bullet to kill one human being is just as dangerous in the wrong hands as one that can shoot 700 rounds. I also believe that if anyone takes away my right to own either is putting me into danger when face to face with a criminal who obtained his weapon illegally. Whether he got the weapon legal or not, not having the option of owning a gun with the same firepower diminishes my ability to defend myself.

And, if you think you are going to make such weapons disappear completely so they can't be obtained illegally, you are dreaming.
Posted by Shonda Ponder at 3:51:00 AM No comments:

Email ThisBlogThis!Share to TwitterShare to FacebookShare to Pinterest
Labels: guns

Hatred starts as a child. it is up to parents to curb hatred in the hearts of children.

When my oldest son was young child, he had preconceived notions from other people in his life about different races, creeds and colors. I knew I had to nip that in the bud.

I would take them to the babysitter (Miss Deborah, who was a beautiful black lady who cared deeply for the children she kept for a living for a very small fee, any hour of the day or night, which was very appreciated by someone who was struggling, like myself). When I would pick him up, I was met with stories about how bad of little boy he had been. The words he had used were horrifying.

Miss Deborah knew that I wouldn't tolerate it. She knew that he had just come to live with me after eight years of fighting for him, and she understood that I was going to have problems. I praise and thank God for her patience.

But, I struggled with how I was going to teach him better. A spanking, in this case (even though he got one) I knew would just make him angrier. It didn't seem like enough just to say he shouldn't do or say those things.

So, I decided to take him to church. Not just any church, but a black church. I forced him to be friends with and to live around people of color. I taught him to be respectful of other people's station in life, poor or rich. Black or white. Ill or well.

Today, he doesn't even remember the horrifying things he did or said. I praise God for that. But, I shudder to think how he would have turned out had I not done what I had to do.

So, when I see people today lashing out at each other for their color, their race, their handicap, or their financial struggles, I proverbially shake my fist at their parents. They were not taught different as a child. And, the hand that rocks the cradle rules the world. 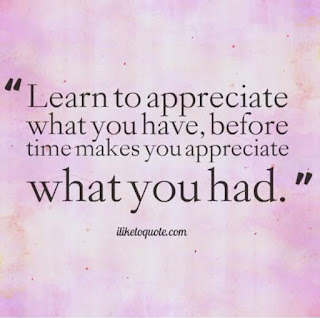 I live each day now embracing anything that comes my way. Tomorrow, I won't have those same things coming my way. I know that. Will I look back on yesterday with regret for how I reacted, acted or let it go? I hope not. I look at each blooming bulb with wonder. How will it look when it matures? Can I help it become more beautiful?

When people look back and see me in their memories, will I be someone who burdened them, or someone who, somehow, lightened their load. Will their memories of me be good ones to cherish, or just a passing thought?

I look back on where I have been in my early years and I shudder. I would that I could introduce myself to many of those I came into contact with then and say, "Look at me now. I am not the same person...don't throw me away! It will be worth it to get to know who I've become!"

God has molded me into something beautiful. He's still working on the finer points. I still have a few rough edges to work out, but who I am today I would not trade for who I was yesterday.

And, who I am right here, right now is nothing compared to who I am becoming.

I pray that whoever I become teaches me to live even more fully in the moment.

He's having the time of my life...

I love the life that God has blessed me with today.

I remember a time when I dreaded not having a relationship with a man. After this last relationship, I determined to give it to God, and take a break from bad relationships. I figured the only way I was ever going to have what I wanted was to depend on God to help me get it for myself.

Since I made that decision, I have become aware that every decision I make now doesn't need validation by a "partner". If God doesn't object to it, then whatever I decide will work out. And, if He DOES object, I have learned to accept it, and to embrace the situation for what it is and look for another doorway to somewhere better.

Today, I went and spent money that I normally would not spend to eat at Red Lobster...by myself...with Jesus in my heart. As I sat there enjoying my meal, another waitress (not my own) started telling me about a "Hallelujah, Anyhow" experience that she had. I felt so blessed just to be there to listen. This had to be God's way of telling me, "I'm here, Shonda. Enjoy your meal. You have been faithful, and you deserve it. Stop feeling guilty."

I smiled all the way home. I had just had a date with the Master of the Universe. It was worth it.

Can't wait to see where He takes me tomorrow. 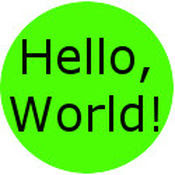 I am being forced to drink two glasses of water between every glass of tea I drink. I am hoping it helps this pain in my lower left side of my back. I think it is my kidneys.

Liz (my roommate) says I should drink a beer. She says beer cleans out your kidneys. I hate the taste of beer, and I don't want to ask all of the alcoholics on my friends list if that is true. I think I'll stick with water. I don't like the taste of beer anyway.

I really don't like the taste of water, either; but, the after effects of water is a whole lot better than beer. A friend says that if I drink water before meals, it helps me not eat so much, too. Gonna have to try that. I drink a lot of tea and it doesn't help.

I look at my life and how much it can change in just one year, and I am amazed. I look at two years ago and I am even more amazed. When I need proof that God is working in my life, I just sit down and reflect on where I have been.

Today, when I opened my facebook page, I got a memory from a year ago that included a prayer that I prayed a year ago:

"Praying God stays right beside me, prepares the way before me, leads me into His Will, Blesses my efforts, and destroys any obstacle that gets in my way."

It was my daily prayer. Still is. And, each day just seems to get better!

I also pray that each of you have as blessed a day as I!